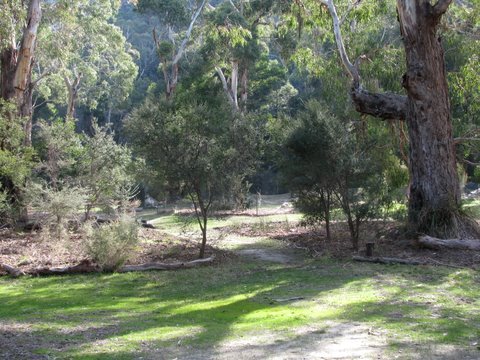 Prior to the Garden’s establishment in 1996, the land (belonging to DSE) was a degraded area of manna gum and swamp gum forest with middle storey scrub, some shrubs, ferns and rushes, also a preponderance of bracken, exotic weeds and plants from early settlement.

A Federal Government grant was obtained under the Forest Ecotourism Program for replanting with indigenous plants, for construction of walking tracks, together with the footbridge across Stony Creek, a wetland boardwalk and information shelter, as well as for interpretive signage and plant labelling.

The project started with enthusiasm and many new plants were established.

However, after a couple of years problems emerged. Key volunteers left the district; some of the plantings were found to have been in the wrong place; the drought commenced in 1997 and continues to this day, bringing severe water restrictions and hungry grazing animals. Then we had the disastrous Mt Lubra fire of 2006. Not that the gardens were burnt, but the community was absorbed in other more pressing issues.

In 2007 the committee was re-established. It comprises representatives from the Community Association of Halls Gap (CAHG), Parks Victoria (PV) and the Australian Plant Society – Grampians Group (APS), plus individuals with botanical expertise or enthusiasm to improve the Garden. We have fenced, weeded and replanted. We have had to accept through trial and error that some of our plants won't thrive in captivity, particularly those that like altitude.

PURPOSE OF THE GARDEN

THE PLANTS IN THE GARDEN 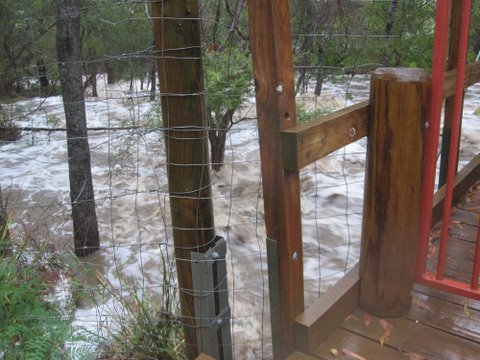 All our plants are unimproved Grampians forms, some rare, some common, but in one small patch maintained by volunteers we won't ever have more than a sample.

2008 saw a massive replanting effort, but the severe water restrictions and searing heat of February and November 2009 took their toll.

Since then we have again put in some new plants, concentrating at first with the hardier ones. Our philosophy is mainly to only water plants in their first two years of life.

The DSE and the Pomonal Australian Plant Society are helping with advice on what to plant where, and teaching us to propagate, so we can increase both the varieties and the numbers, but some are very hard to cultivate in their unimproved form.

It seems our efforts to beautify this garden have again been thwarted, by massive floods this time, in January of 2011, with many of our newly established plantings completely washed away or covered by water and debris, also many large trees had to be cut down for safety reasons, and paths were washed out or covered by rubble.

But once again with some help with grants and enthusiastic helpers the garden is again starting to take shape.

However in the short term it will take some time for plants to establish themselves and become fine looking specimens again. 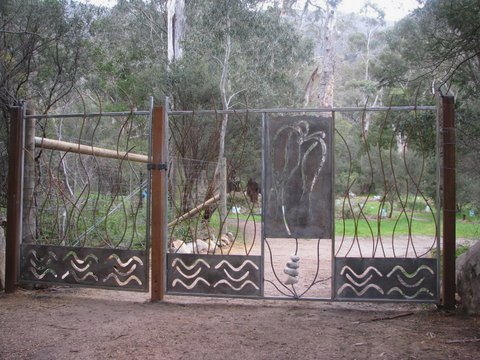 THE FENCE AND THE GATES

The gardens now have a perimeter fence. This is to stop animals eating our plants, and from choosing them as sparring partners or soft beds. Thanks to Parks Victoria donating to us a fence that could be relocated, Conservation Volunteers Australia providing an international team, Community Access providing a local team, the task of our local volunteers was made a lot easier.

October 2009 saw the completion of the new ornamental gates at the entry. Aren't they wonderful?

Local sculptor Wayne Dickinson is responsible for design and manufacture of these botanical themed gates.

We have the Stawell Men's Shed to thank for refurbishing our plant family information signs and the Ararat Telstra Shop for funding the new labels for individual plants.